The Evolution of Makeup: How We Got to Where We are Today

Makeup has undergone major transformations in recent decades, from the use of marine-based products to a range of 100% natural makeup lines. Let's take a look at how makeup evolved over the past 6,000 years, with some of the key innovations throughout history...

One of the earliest makeup trends is still popular today: the black-rimmed cat's eye. Ancient Egyptian women combined several natural elements including burnt almonds, lead, ash, copper ore, and ochre to create a substance called kohl, which they would then apply to their eyes to define and enlarge them in the shape of an almond. While it was originally intended to ward off the "evil eye," this Cleopatra look has been revived several times over the millennia and remains trendy today. When applied very heavily (think football players with black greasepaint under their eyes) it was also handy to block the reflection of the harsh desert sun.

Egyptian women used clay and other natural substances to color their lips. Cleopatra, ever the trendsetter, used a mixture that contained ground carmine beetles. Sounds kind of gross but then we use bee venom, snail venom, botulism toxin (better known as Botox) and other potentially dangerous substances to ward off the inevitable.

The omnipresent obsession with youth

Though the average lifespan of ancient Egyptians was only around 30, without sunscreen and sunglasses the sun would ravage their complexions early on. Ancient wrinkle remedies, like gum of frankincense and moringa, have been found on mummies because the Egyptians felt their loved ones would need to be attractive in the afterlife. They also liberally spread their mummies and themselves with a mixture of resin and beeswax to ward off gray and thinning hair.

In ancient China, nail color was used to delineate social class. In the first millennium BC, the royals of the Chou family were allowed to wear gold and silver, and later on, black or red, using a formula made from beeswax, gum Arabic, gelatin, and egg. The lower classes were forbidden to wear such gaudy colors. The hoi polloi were expected to stick to tamer colors and were soundly punished for not adhering to the rules.

A whiter shade of pale

One consistently fashionable look that lasted through the ages (at least until Coco Chanel) was a porcelain complexion. An ivory pallor was seen as a sign of wealth; those who labored outside would inevitably tan, their bronze skin emphasizing their lower social status. The Greeks used a lead-based face paint or powder to affect the desired shade of pale and then used crushed mulberries to rouge their cheeks. Romans followed suit, and even Chinese and Japanese got in on the trend, using rice powder to lighten their skin. 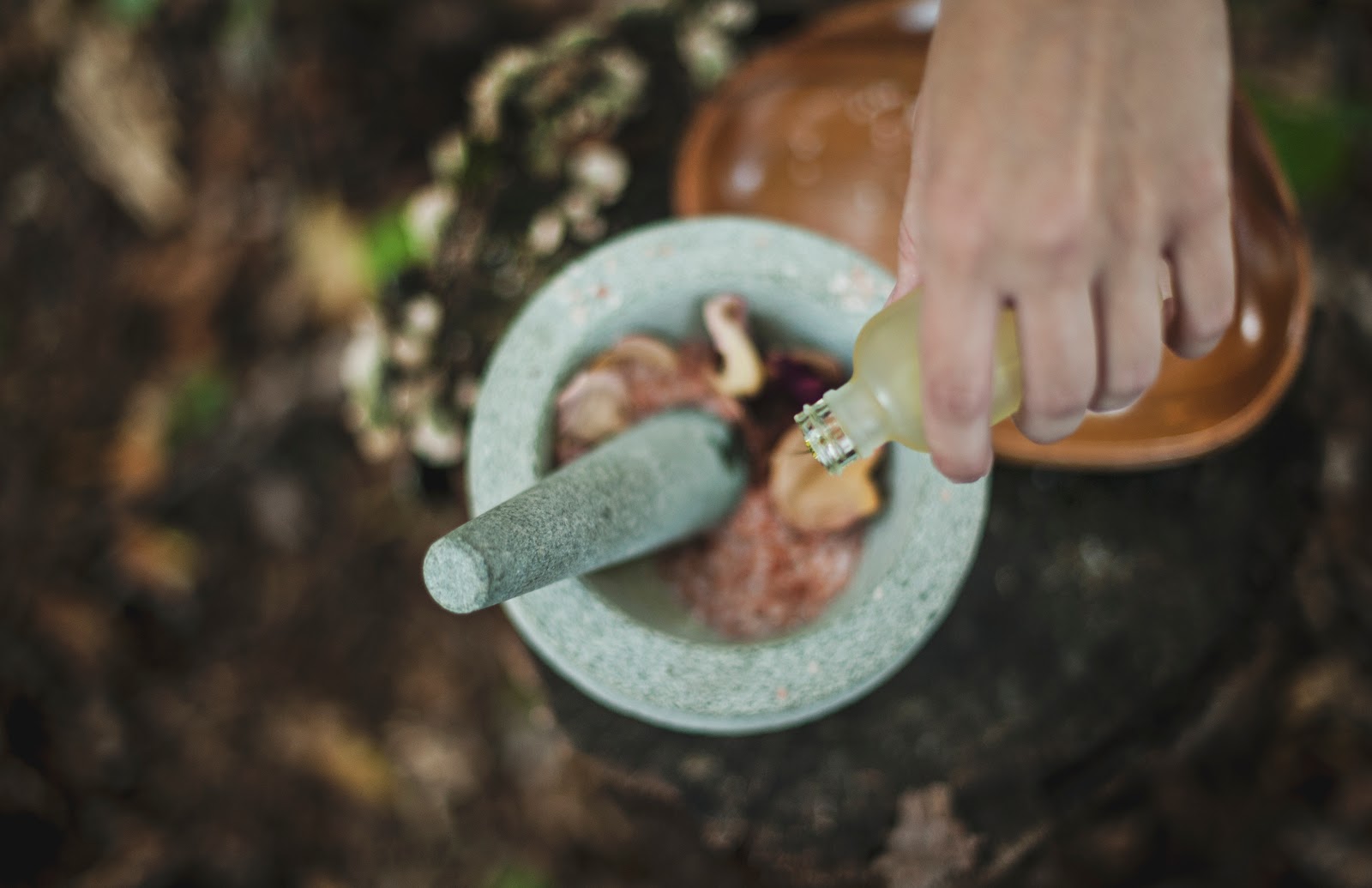 The pale and puritanical middle age

Many people who lived during the middle ages felt that wearing makeup was provocative and immoral, best left to the women of the night. However, fair skin was still seen as desirable, so women would often bleed themselves to achieve the appropriate corpse like visage.

Somewhere around the middle of the second millennium, people decided it was okay to dose themselves with lead to look pale. Women would mix vinegar and lead and slather it all over their face, neck, and décolletage, which, in addition to making them look suitably fair, would cause their hair to fall out. A high hairline was fashionable back then, so it all worked out rather nicely. Queen Elizabeth I is always depicted in paintings with a broad forehead, pale face, and no brows (depilating the brows was also done to enhance the look of your super high forehead.)

Dying to be pale

Victorian women could choose between an "English rose" look (which in real life was closer to that of a corpse than a colorful flower), or a "painted" look, which suggested she was a trollop. A mid 19th-century advice column in Harper's Bazaar magazine called "The Ugly Girl Papers: Or, Hints for the Toilet" by Mrs. S.D. Powers dispensed advice along the lines of coating your face with opium at night, then washing it off with ammonia the next morning. To achieve a proper pallor, she suggested nibbling on Dr. Rose's French Arsenic Complexion Wafers – conveniently available through the Victorian version of Amazon: the Sears, Roebuck catalog.

The "painted" women didn't fare much better in the health department. They would coat their faces and arms with white lead-based paint and enamel, which would crack if they let so much as a smirk grace their visage. John Singer Sargent's Madame X is a famous example of this look. The subject of the painting, Virginie Gautreau, went so far as to painstakingly paint veins on her arms to look almost translucent. Tragically, this formula ultimately corroded women's skin over time, requiring ever more to cover the cumulative damage.

In the 1920's, fashion icon Coco Chanel turned the notion of beautiful skin on its head when she accidentally suffered sunburn while on a holiday cruise. She returned to Paris with bronzed skin, sparking what is now a 2.6 billion dollar tanning industry. Soon, a "healthy" glow was the coveted look du jour. Today, millions of people strive to achieve this look through the use of cancer-causing tanning salons and baking outdoors. We are appalled by past generations' use of products that clearly had detrimental health effects, but are we really all that different today?

Motion pictures lit the match that led the explosive growth of cosmetics in the 20th century. Actresses, used to wearing garish makeup that could be seen from the back row of a theater, began to search for more subtle ways to enhance their beauty on screen. Max Factor was one of the original inventors of makeup foundation, known as "greasepaint" in cinema parlance. Starlets and housewives alike eagerly adopted his creation; in fact, he coined the term "makeup" to describe his collection of foundations, eyebrow pencils, and lip gloss. 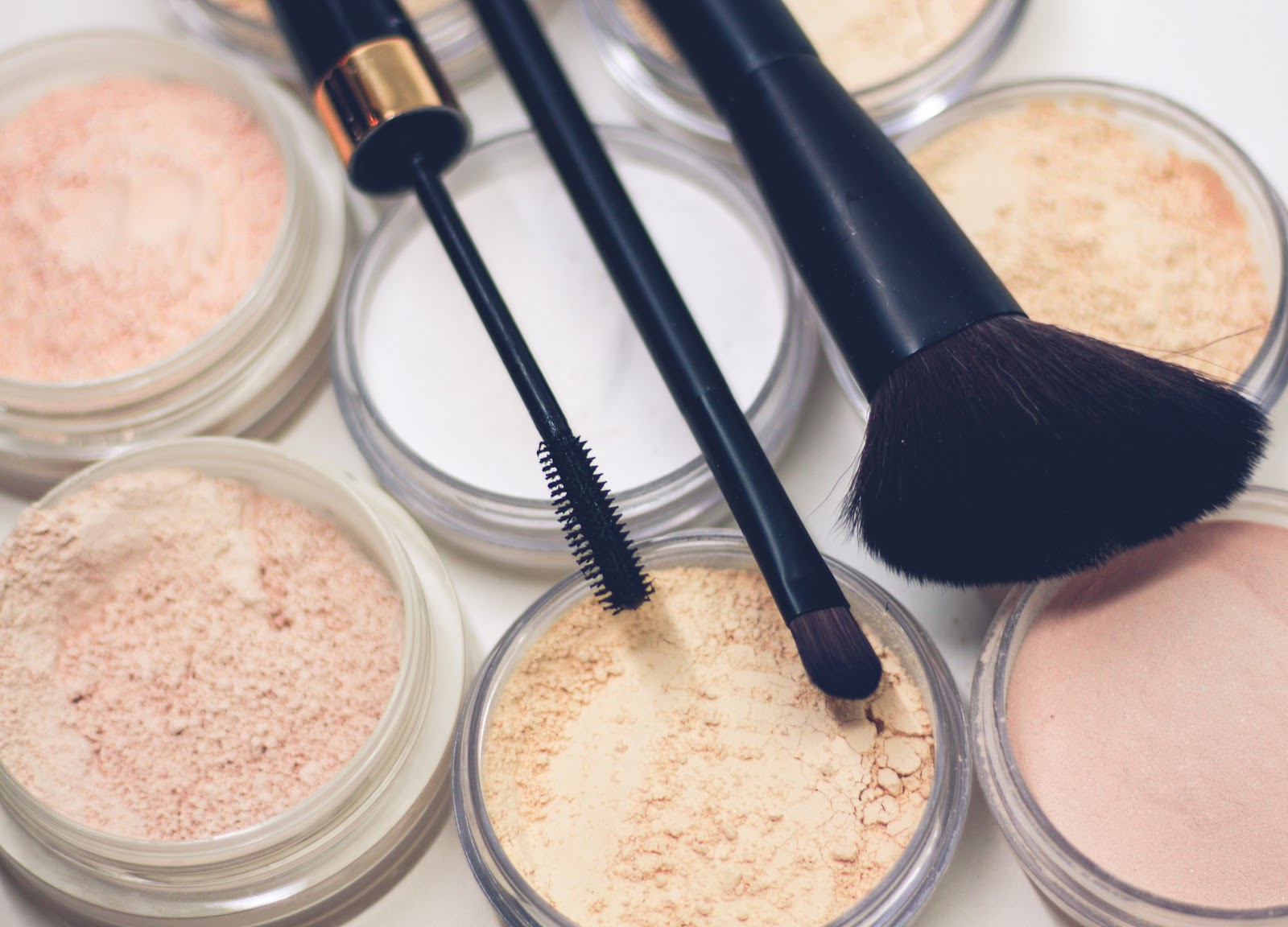 All your favorite brands

Many of today's dominant makeup companies started in the early 20th century. For example, T.L. Williams founded Maybelline in 1915. His sister, Mabel, mixed coal and petroleum jelly to tint her eyelashes, thus creating the first version of the iconic Maybelline mascara, which is still popular today.

Today, thanks to global connectivity via the internet, women can choose from hundreds of thousands of items of makeup from all over the world to enhance and transform their features. Who knows what technology the cosmetic industry will innovate next?